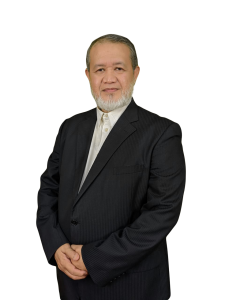 The main aim of human life on this earth, was explained by Allah SWT in the Surah Adz-Dzariyat, verse 56 which means :

Without proper understanding of the purpose and aim of life, a person would have an unvaluable and meaningless life. He lives but he doesn’t understand life. Not knowing and understanding the purpose of life and all its wisdom, a person’s life will not have any value.

A muslim understands clearly that every action in his life is a depiction of ubudiyah towards Allah SWT. All his life is an ibadah for Allah SWT. He lives with his heart and soul tirelessly ‘attached’ to Allah SWT. This is the gist of life that must be understood, internalized and acted dutifully in his daily life.

Allah SWT has also explained that the creation of man on this earth is to be a khalifa who is going to govern, manage and prosper the earth with the guidance from Allah SWT, as prescribed in Surah Al-Baqarah verse 30 which means:

This is the task which needs to be done by all men with Al-Qur’an and As-Sunnah as the main reference in their life. To carry out this big responsibility, the process of education lies at its core. In the history of Islamic civilization, education was the main agenda done by Rasulullah SAW in his effort to develop human civilization that upholds the system and principles as dictated by Allah SWT.

In Islam, education is defined into terms such as ta’alim, ta’dib, irsyad and tadris. It is a continuous effort in expanding the potentials of Muslims as the servants of Allah SWT and khalifas, wholly and integrative in order to produce balanced persons in terms of spiritual, mental, faith, emotion and physical. As an example, the concept of ta’dib, which is founded by Syed Muhammad Naqiub Al-Attas, aims to produce courteous individuals. This idea was triggered when the knowledge and education crisis that happened in the world today was observed.

If the latest scenario is observed, many social problems and eradication of morals in this country involved the young generations. This situation raised the concerns of academicians, scholars and country leaders alike. The young generations of today are leaders of the future. Hence, the matter of education and personality development of the youth must be considered seriously without any negligence.

In order to fill this void, a collective effort must be taken and intensified to produce high quality, faith-driven, knowledgeable and ethical young generations. With noble aims and high ambitions, Kolej Teknologi Darulnaim (KTD) is compelled to offer an education system that is integrative, holistic and balanced between professional and deeniyah knowledge.

Our aim in KTD is to produce three main qualities ; the development in knowledge, the establishment of good manner and the enhancement of sense of volunteerism and community service.

This is to elevate the level of Muslims in all possible aspects and it is hoped that this continuous, tawheed-based education process will produce men who understand their responsibilities to Allah SWT, themselves, community and to their religion. They are also equipped with various skills so that they will be competitive, professional and experts in their own fields.

The education system in KTD is in line with the essence and requirements of Islam, with a verse in surah Al-Mujadalah as the source of inspiration and the educational philosophy.

“ Allah will exalt those of you who believe, and those who are given knowledge, in high degrees”
(Surah Mujadalah (58) : 11)

This verse explains the fact of the importance of knowledge and virtue for those who strive for knowledge as a a guiding light in their lives. It is based on this inspiration that KTD enshrines education as the main benchmark in developing human capital and integrative education concept that can produce students who understand his servitude to his Creator.

I always repeat and highlight KTD’s slogan which is Professional, Competent and Ethical or in the Kelantanese dialect, “ Mengaji Biar Pandai, Perangai Biar Juruh, Hidup Boleh Tumpang” to the students to motivate them so that they will work hard to excel in all aspects of life. InsyaAllah, it is our hope that one day, KTD will be one of the most sought after IPTS in furthering study for Malaysian and international students. 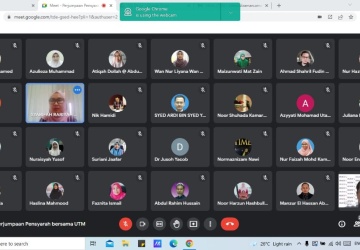 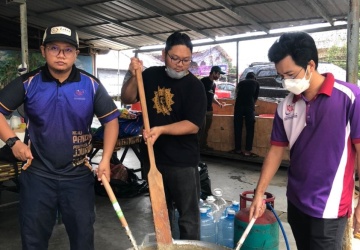 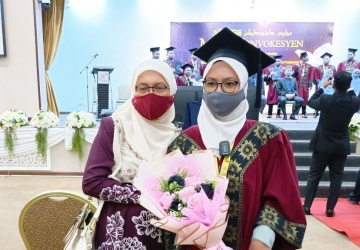 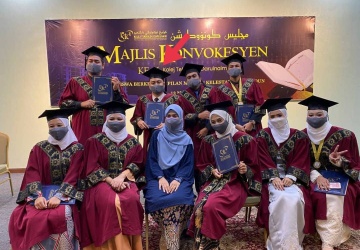